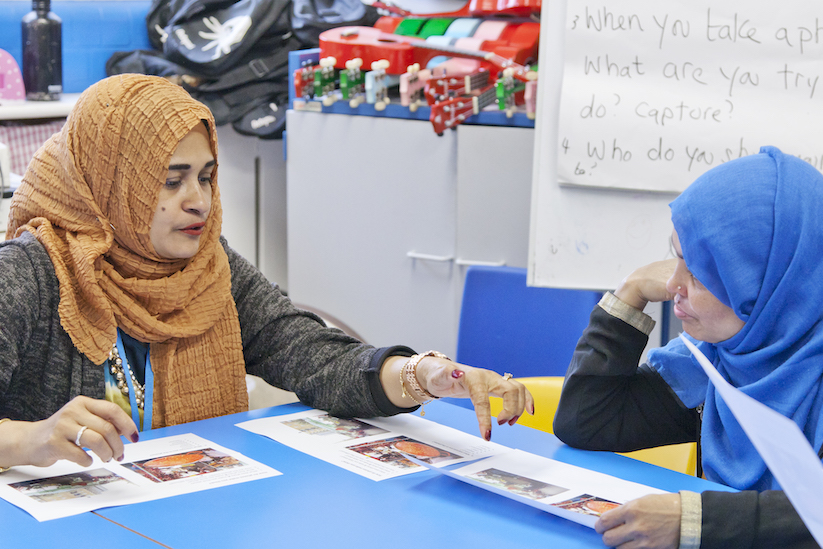 English for Action are part of our Roman Road Stories exhibition, running until 18th June in the Four Corners Gallery and in 15 windows along Roman Road.

The Chisenhale ESOL (English to Speakers of Other Languages) class is run by the charity English for Action, a London-wide charity that provides free language education classes for adult migrants, and is supported by Chisenhale primary school. It is an English class for parents and grandparents at the school and other migrants in the local area who want to learn English.

English for Action has a unique approach which links language learning to events, campaigns, and local community projects taking place outside the classroom. Learning English is not only about language but about being empowered to campaign around social justice issues and migrants’ rights. Their teaching approach seeks to challenge and problematise dominant perceptions of issues and events in order to gain a deeper understanding of the world around us and push for greater social justice. 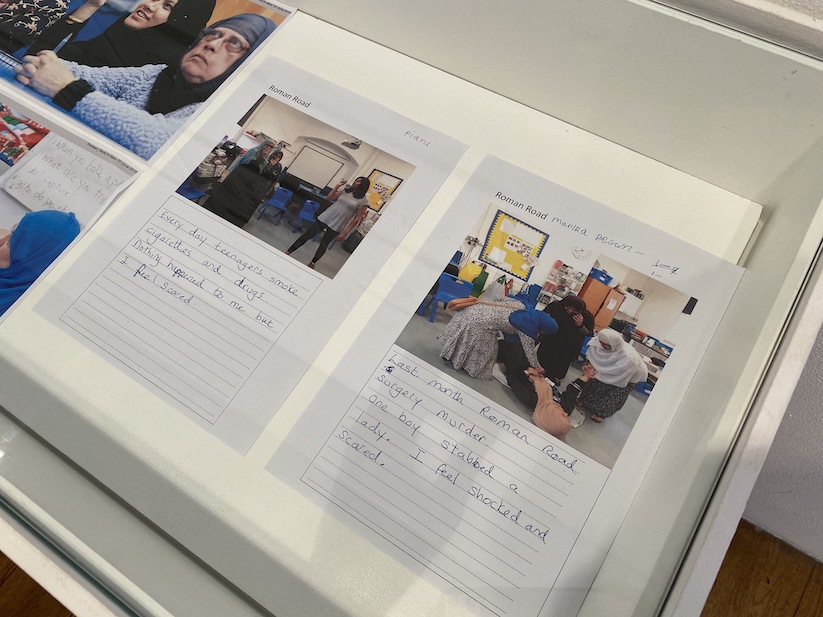 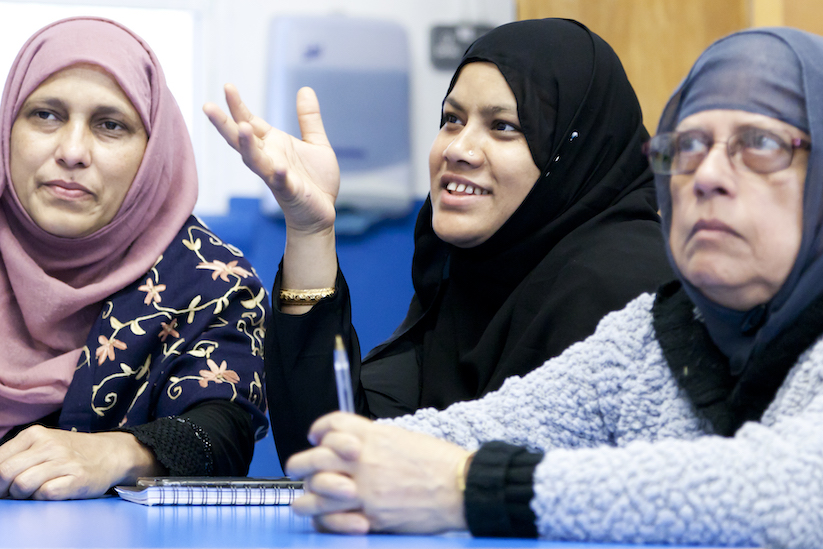 The work exhibited at Four Corners Gallery centres on a classroom participatory photography project on the theme of Roman Road.

'The project began with students writing poetry about a special place for them. This place could have been anywhere in the world but many students chose to write about Roman Road and following the poetry, we decided to explore Roman Road as a classroom theme, using participatory photography.

We invited Pauline Moon, a photographer with a background in ESOL teaching, to do some work with us. She encouraged us to talk about the kind of photographs we would like to take and then helped us to draw some design ideas.

We quickly noticed however that the poems and the photograph designs represented only one aspect of Roman Road, the charming, friendly, warm and sociable side. But we also know from past conversations in the classroom, that there were other aspects that needed to be represented. Students many times had talked about feeling scared or threatened on Roman Road and we also wanted to discuss and ‘photograph’ these experiences.

To do this from the safety of the classroom we used ‘Theatre of The Oppressed’ methods to give a more accurate and nuanced representation of life in Roman Road, especially for migrant women.

The students told these stories through a series of theatre tableaux, acting out their experiences themselves and sometimes depicting the roles of the very people they found threatening. These tableaux became, in effect, photographs of Roman Road. The students then used these photographs to illustrate their writing. The pieces of work provide powerful accounts of the experiences of migrant woman in and around Roman Road.'

Find out more about the work of English for Action at efalondon.org 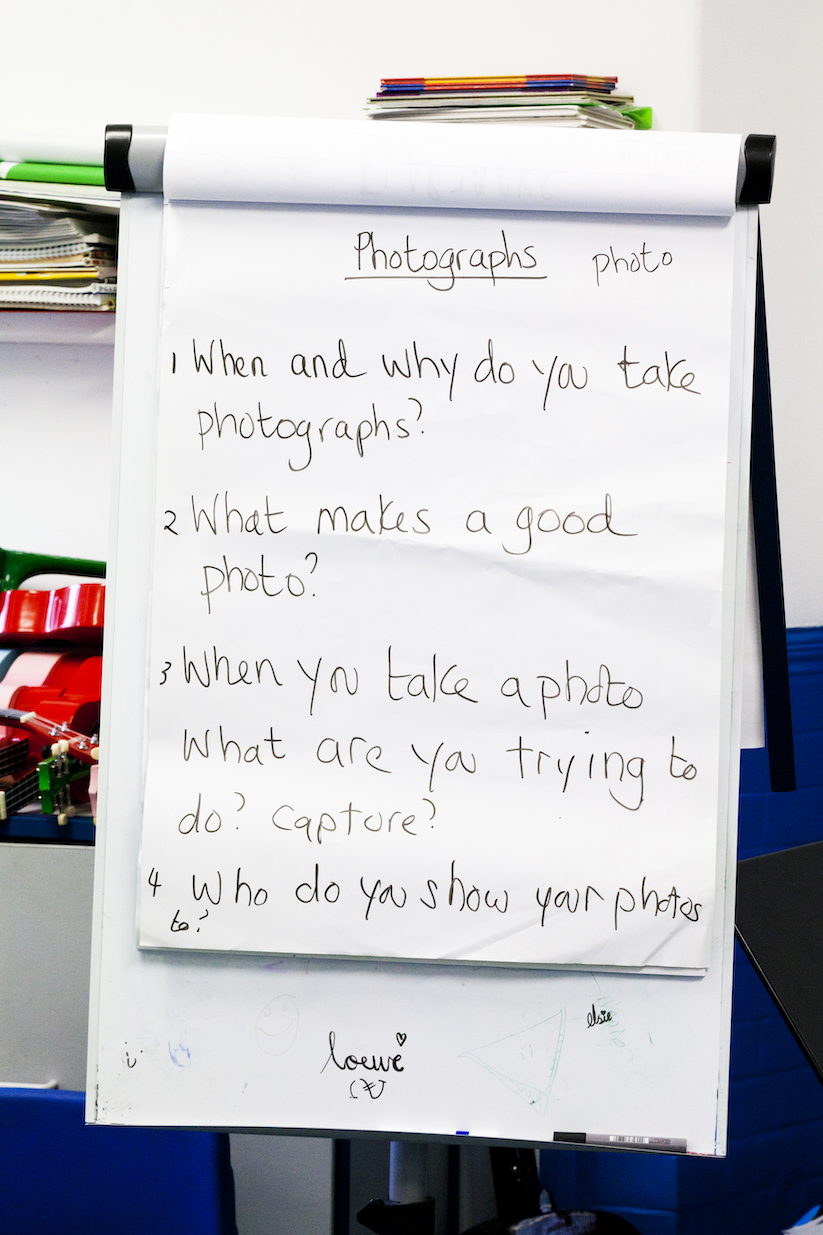 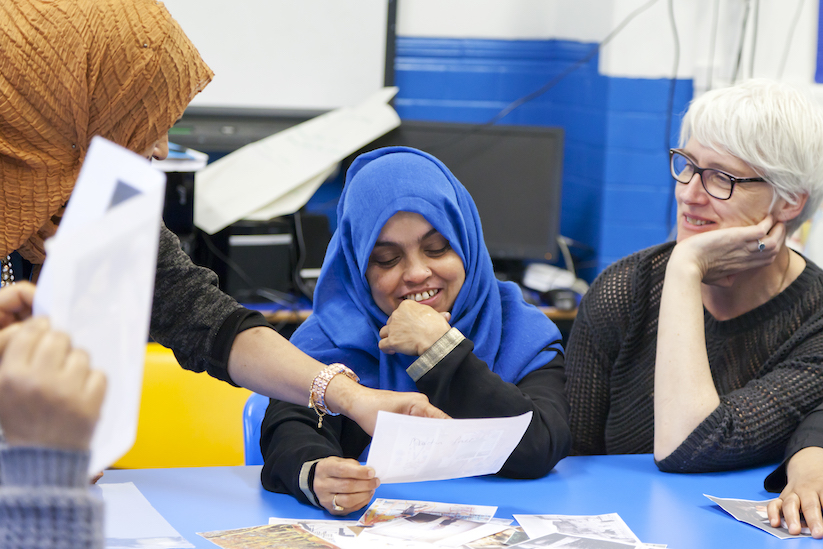 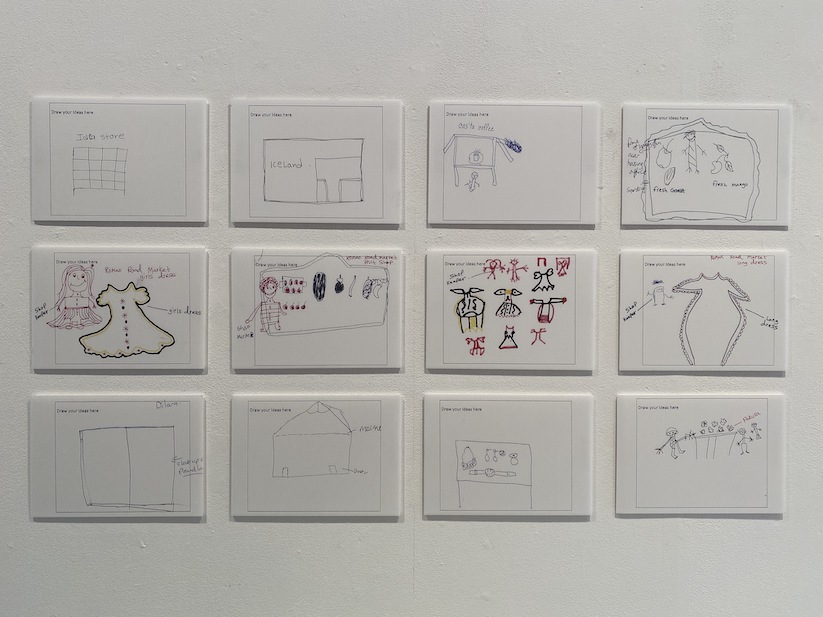