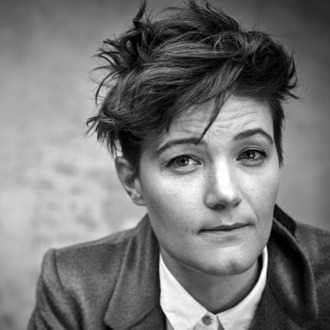 Actor and writer Charlie Covell is well known for her adaptation of the graphic novel The End of the F***ing World for Channel 4. She is also a patron of  Four Corners Zoom Film School and has mentored our trainees.

Tell us one piece of career advice that would you give to your younger self?

Don’t panic if things don’t seem to be happening quickly. Overnight success does happen, but it’s rare. It’s good for things to take time. The best part of the process is often the doing and the making — actually being in the thick of it — rather than the end result. So try to focus on the process and be present for it, rather than worrying how something’s going to turn out.

What is your favourite project you have worked on and why?

I loved writing THE END OF THE F***ING WORLD. The team that hired me were so great, and gave me huge amounts of creative input that went beyond just the scripts. I learned so much on that first series, and even more when I returned to do the second, because I’d been made an EP by that point and got to understand much more about production etc. But really it was just a privilege to adapt that graphic novel: I'm a huge fan of Chuck Forsman, and bringing his work to screen was a real honour.

Oh god — loads of people. Right now I’m most inspired by one of our contributors on KAOS (a show I’m doing for Netflix) who had never written a play before and just decided to write one, then did it in two weeks. No agonising, no procrastinating — just did it. And annoyingly, it’s really GOOD. I have been tinkering with a play of my own for two years now, and I’m only on page 17. So I feel both shamed and inspired…