My name is Sara 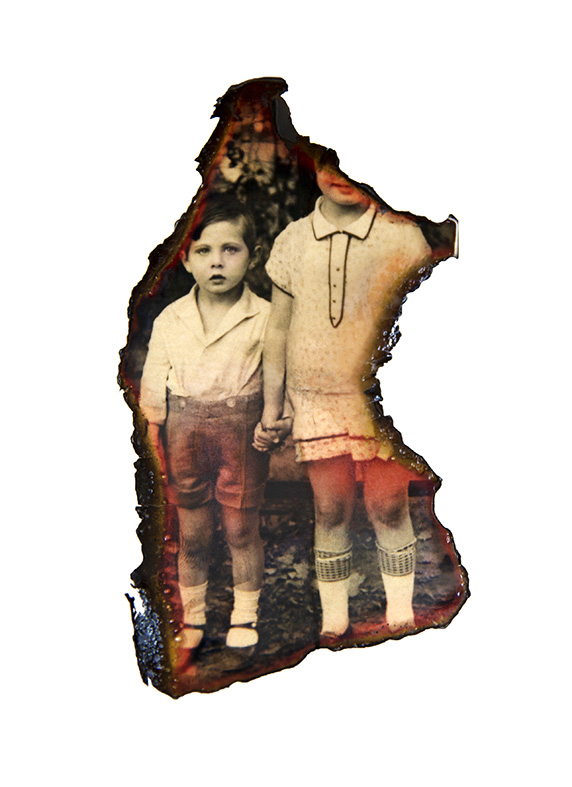 Four Corners is pleased to host My name is Sara, a new exhibition by Sara Davidmann drawing upon themes of family, post-memory and the Holocaust.

"My name is Sara reveals an extraordinary personal story of trauma being passed down through the generations that began with the Holocaust. This photography and video exhibition weaves together the artist’s contemporary responses to discovering a family lost in the Holocaust and her experience of living with inherited trauma.

Davidmann discovered a family album of photographs and handwritten notes in German (never before translated), that tell a story her father was never able to tell - of the German Jewish side of her family.

Davidmann’s father, Manfred, and his sister Susi survived the Holocaust by
escaping from Berlin on the Kindertransport, arriving in Britain in 1939.

Realising that many of these people did not reappear in photographs taken after World War II she searched for traces of their lives. She uncovered over 130 pages of Nazi and official documents. These revealed that family members were deported to, and murdered, in concentration camps at Auschwitz and Theresienstadt. Others survived by escaping to Shanghai and France, and by living hidden in Berlin with false documents.

At the same time – parallel to making these discoveries, Davidmann used photography and video to make artworks using the material she was uncovering. Recognisable objects – hair, family photographs and Nazi documents appear in the artworks – only to be disrupted by elements of fire and erasure. This is the first exhibition of this work."

A series of talks and events will take place at Four Corners and on-line during the exhibition. These include an 'In Conversation' with the exhibition's curator, Katy Barron, and a talk for the Insiders/Outsiders Festival with Monica Bohm-Duchen.

The exhibition is supported by a Philip Leverhulme Prize awarded by The Leverhulme Trust, The Association of Jewish Refugees, Cockayne Grants for the Arts, and London College of Communication, University of the Arts London.